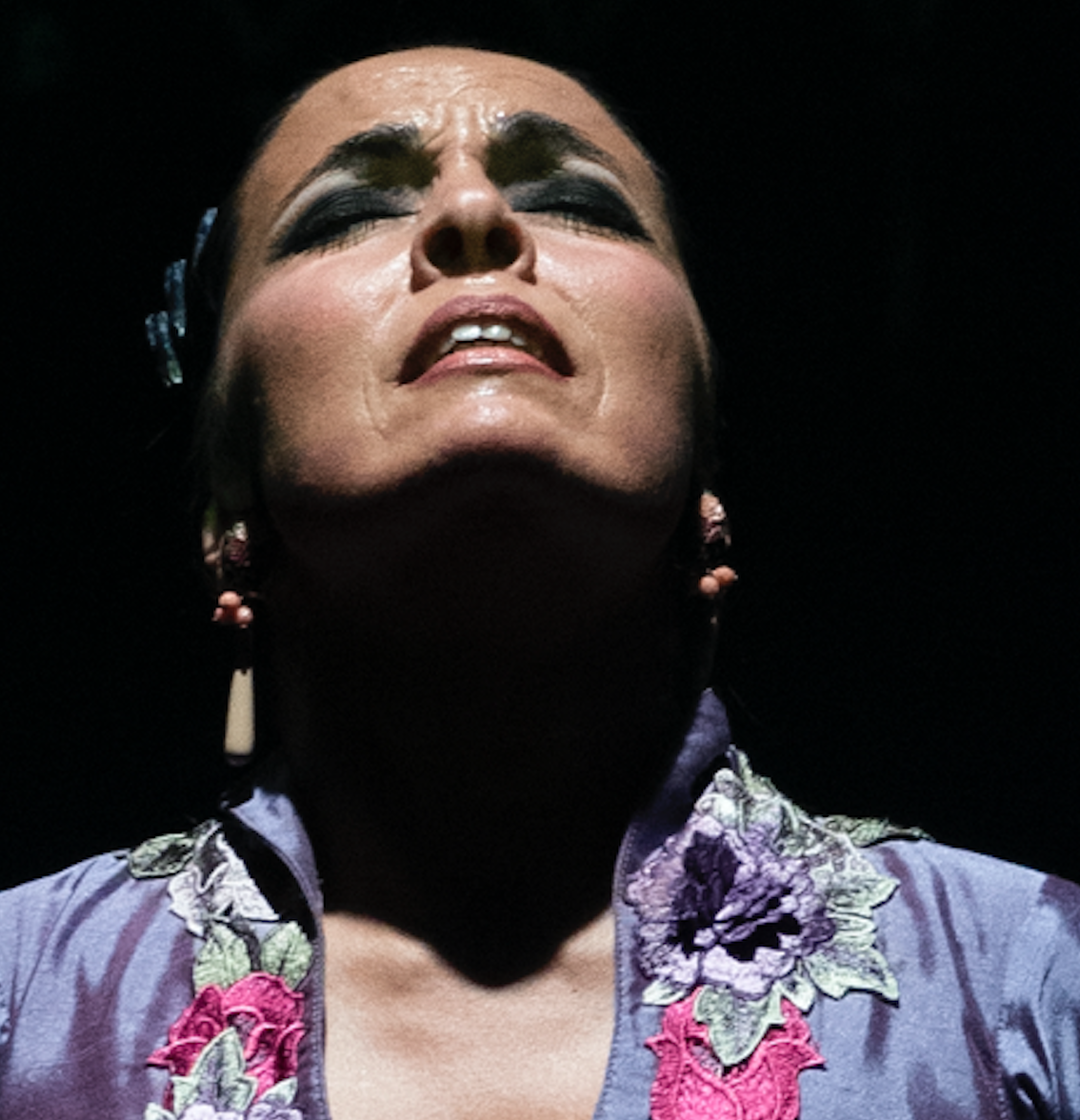 The world's reigning virtuoso flamenco dancer Ursula Moreno, performs in the best theatres around the world. Now she brings her passion for teaching to a wide audience for the first time. In this class you learn step-by-step the complete choreography of Colombiana Style. She teaches you to own your movement and do the dance only you can do. After finishing this class you can dance this beautiful dance created by Ursula Moreno. You've never had dance lessons like this before. This course is for BASIC Level.
Format

composed by Antonio Andrade specially for this choreography, recorded in studio
Genre

This course is for Basic Level. You need to have the basic knowledge of flamenco techniques to follow the course.
Throughout this course you will learn:

Flamenco Dancer, Choreographer, Director
About
Ursula Moreno is a member of the largest artists’ families in Spain. The singer and actor Antonio Molina and Ángela Molina, one of the most recognized actresses of Spain. Completed her dance and drama studies at the “Real Conservatorio de Musica y Danza de Málaga”. Her flamenco education has been extended by flamenco singers such as Tona Radely, Luci Montes, Carmen Juan, Loli Flores, Matilde Coral and Manuel Betanzos, Antonio Canales, Carmen Cortés, La China and Adrián Galia (Madrid). In 2010 she won the second prize of the Concurso Internacional Flamenco de Ronda and in 2011 she was awarded the first prize for the “Best Caña” at the Concurso Internacional Flamenco de Ronda. She is the artistic director of the “Cursos Internacionales de Flamenco” in Puebla de Cazalla (Seville) and Málaga and conducts regular training courses abroad.
For many years, she has been living again in her home town of Málaga, where she heads her own “Centro Cultural Conarte” school of flamenco dancing.
She is a soloist and composer of the “Compañia Flamenca Alhama” and the “Compañía Flamenca Antonio Andrade” for which she has created stage productions “Noches de Amor”, “Vaya con Dios” and “Bailando al Cante”.
“Noches de Amor “was premiered in 2004 and” Vaya con Dios “in 2008 under the direction of” Ramón Oller “at the” Bienal de Flamenco de Sevilla “.
“Úrsula Moreno is a hope for the Flamenco.” EL MUNDO

Ursula teaches me to develop a deeper appreciation for flamenco. I was pleasantly surprised with the possibilities of expression in this art.
Elena Yegorova
Moscow, Russia
I was about to give up my dream to dance flamenco when I started Ursulas Online Class. She gave me a positive push to continue to dance.
Hanтa Bauer
Marburg, Germany